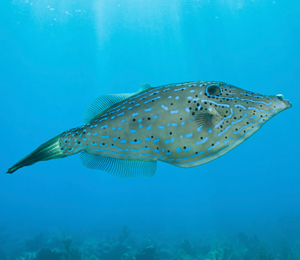 Whether you are a veteran snorkeler or a beginner, Key West offers some of the best snorkeling in the world. When Key West snorkeling, you are bound to run across a few surprising creatures that will leave a lasting impression. One of the most charming fish that you will see is definitely the White Spotted Filefish.