More Must See Coral Reefs of the Keys 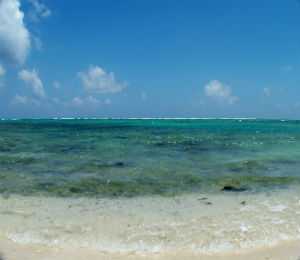 Home to the world’s third largest barrier reef and the North American continent’s only living coral reef, tropical paradise Key West is a snorkeler’s heaven. With dramatic coral formations, shallow reef areas and even mysterious shipwrecks, the 220 miles of this barrier reef system, known as the Florida Straits, provide an endless variety of underwater adventures. The following Key West snorkeling destinations provide amazing glimpses of the world beneath the sea.

Named after a 19th century captain who protected passing vessels from wrecking on this shallow coral reef using his lightship, captivating Cottrell Key is known among snorkelers for its shallow reefs, spectacular sea fans, dramatic coral head formations and wealth of colorful sponges. Not a part of the barrier reef system, but rather considered a patch reef and sponge garden, the waters here are alive with colorful fish of all sizes. Protected from the wind and perfect for novice snorkelers, this reef’s consistently calm waters make it an excellent place to snorkel even when there are rough conditions elsewhere, and you’ll probably spot plenty of parrotfish, snapper and turtles. Spiny sea urchins and conch can often be seen crawling along the sandy ocean floor among the coral outcroppings and sea grass, and the reef is home to some unusual marine life including the spotted tulip snail and Florida horse conch. A part of the Key West National Wildlife Refuge, this popular spot for a Key West snorkel excursion is also home to many of the area’s larger sea creatures, including stingrays, grouper, hogfish and even sharks.

With long fingers of coral separated by deep sand coral canyons, Eastern Dry Rocks is a system of bank reefs popular both for wreck diving and snorkeling. The reef’s uncommonly deep, wide crevices make perfect canyon-like homes for grouper, moray eel and other intriguing marine life. Explore hidden spaces where you’re likely to find an incredible variety of sea creatures from lobster and octopus to sea turtles, hammerhead and nurse sharks, barracuda and eagle rays. Divers love Eastern Dry Rocks for its many intriguing shipwrecks, including several 1800s vessels and a Spanish galleon. Luckily, some lie in fairly shallow waters, making for an exotic snorkeling experience, and ballast piles, spikes, tiles and brass fittings can still be spotted. With good visibility and light current, the reef is alive with every kind of Florida fish from angelfish to tarpon, sergeant majors and parrotfish. Close to popular snorkeling spot Rock Key, the addition of Eastern Dry Rocks to a Key West snorkel tour means a great opportunity to explore two very different reefs.

Though it is not marked on many of the region’s nautical maps, Man Rock is an excellent spot for a Key West snorkel stop. Lying about six miles southwest of Key West, the area consists of a number of coral outcroppings in the shape of a wide circle and lies en route to the Gulf’s exotic mangrove islands and sandbars. You can see the “halo” shape of the reef as you glide over and then jump off the boat into a world of yellow and red coral fans covered in purple sea fans, alive with incredible sea creatures from blue tang, yellow snapper and rainbow parrot fish to nurse sharks and lobsters.